Skip to main content
It looks like you're using Internet Explorer 11 or older. This website works best with modern browsers such as the latest versions of Chrome, Firefox, Safari, and Edge. If you continue with this browser, you may see unexpected results.

This topic provides instruction in preparing an Annotated Bibliography.

How do I use this page?

The two boxes on this page have sample Annotated Bibliographies for you to investigate.

Samples 1- 7 have been colour coded and have additional comments. Samples 8 - 10 have comments only.

Ken Battle draws on a close study of government documents, as well as his own research and extensively-published policy analyst, to explain Canadian child benefit programs. He outlines some fundamental assumptions supporting the belief that all society members should contribute to the upbringing of children. His comparison of child poverty rates in a number of countries is a useful wake-up call to anyone assuming Canadian society is doing a good job of protecting children. Battle pays particular attention to the National Child Benefit (NCB), arguing that it did not deserve to be criticised by journalists and politicians. He outlines the NCB's development, costs and benefits, and laments that the Conservative government scaled it back in favour of the inferior Universal Child Care Benefit (UCCB). However, he relies too heavily on his own work; he is the sole or primary author of almost half the sources in his bibliography. He could make this work stronger by drawing from others' perspectives and analysis. However, Battle does offer a valuable source for this essay, because the chapter provides a concise overview of government-funded assistance currently available to parents. This offers context for analysing the scope and financial reality of child poverty in Canada.

Garrow describes how the strategy of protest employed by Martin Luther King Jr, and SCLC at Selma influence the emergence of the Voting Rights Act of 1965. He contends that the choice of Selma as a site for civil rights protests and the specific tactics that the SCLC adopted in Selma were a part of a plan to force the introduction and passage of national voting rights legislation. The foremost consideration in this campaign was the need to elicit "unprovoked white violence aimed at peaceful and unresisting civil rights demonstrators". Garrow argues that at Selma "a strategy that bordered on non violent provocation supplanted the earlier belief in nonviolent persuasion." SCLC correctly assumed that police violence would generate national media coverage and this, in turn, would stimulate reactions ":throughout the country, and especially Washington", leading to pressure for federal voting rights legislation.

This study applies DINESERV (a quality service tool originally developed by Knutson, Patton, and Stevens) to Korean casual-dining restaurants. The authors (professors of hospitality, management, and dietetics, respectively) successfully demonstrate that DINESERV is a valid instrument for measuring service quality in Korea. Since previous studies using DINESERV had been based only in the US or the UK, this study has important implications for anyone interested in the international dimensions of service quality.

In this highly technical paper, three industrial engineering professors in Korea and one services management professor in the UK discuss the mathematical limitations of the popular SERVQUAL scales. Significantly, they also aim to measure service quality in the fast-food industry, a neglected area of study. Unfortunately, the paper’s sophisticated analytical methods make it inaccessible to all but the most expert of researchers.

Davidson's book provides a thorough examination of the major roles filled by the numerous pagan goddesses of Northern Europe in everyday life, including their roles in hunting, agriculture, domestic arts like weaving, the household, and death. The author discusses relevant archaeological evidence, patterns of symbol and ritual, and previous research. The book includes a number of black and white photographs of relevant artifacts.

Children's rights in Canada are very important and Battle is an excellent advocate of these rights.

Martin Luther King was a very good man, and I think he should be considered a national hero.

Amy Sherman, Kingdom Calling (2012) Provides a theological framework connecting work, business and the economy to the gospel, the kingdom, the mission of the church and the shalom of the community. Interacts with the existing theology of work literature and provides extensive practical advice, especially for local church congregations. See also Sherman’s appearance with Scott Rae at the 2011 meeting of the Evangelical Theological Society, sponsored by the Oikonomia Network.

Tim Keller and Katherine Leary Alsdorf, Every Good Endeavor (2012) A solid and somewhat challenging introduction to the basics of connecting faith with work for the sake of faithful Christian living and witness. A distinctive of this book is the emphasis on “narrative” and the way it shapes our lives and our work. It also makes some connections to larger issues of how Christianity relates to cultural and economic systems. In terms of accessibility this is somewhat more difficult than the average popular book, but still within most people’s reach.

Miroslav Volf, Work in the Spirit (2001) Volf attempts a comprehensive theology of work and economics. Some pieces are valuable, such as his emphasis on the role of the Spirit in equipping us for work. However, Volf’s uncritical assimilation of profoundly anti-Christian Marxist and Weberian economic and political theories badly taints his analysis. 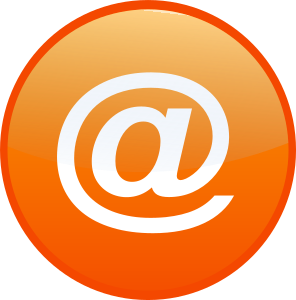 If you have trouble, please ask us for help!